Jill Sobule: Live at CKS (Benefit for the Teaching Tolerance Project of the SPLC) 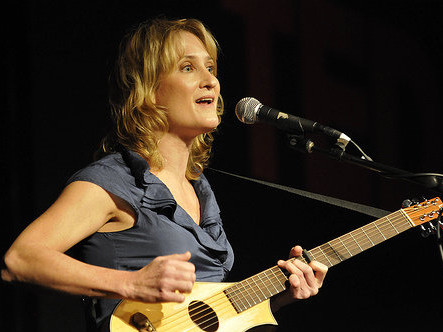 Singer-songwriter and social activist Jill Sobule is coming to Belle Mead! Jill has performed with musical legends including Neil Young, Billy Bragg, Cyndi Lauper and Warren Zevon and is best known for the songs “I Kissed a Girl” (the original) and “Supermodel” which was featured in the movie Clueless. Jill’s songs, essays and poetry have been featured on NPR, The Huffington Post and more. She regularly performs at TED Conferences, house concerts and charity events nationwide.

In the words of New York Times pop music critic Jon Pareles, “Jill Sobule can claim her place among the stellar New York singer-songwriters of the last decade. Topical, funny and more than a little poignant…grown-up music for an adolescent age.”

New York City performing songwriter Carolann Solebello, founding member of Americana trio Red Molly will open the show. Half of the proceeds from this event will be donated to the Teaching Tolerance project of the Southern Poverty Law Center.

Tickets must be purchased in advance at ksnj.yapsody.com. Early Bird price for tickets purchased before August 15 is $36. Discount is applied once you begin the checkout process. After August 15 and at the door, tickets are $45.